Assotto's Child at the Altar 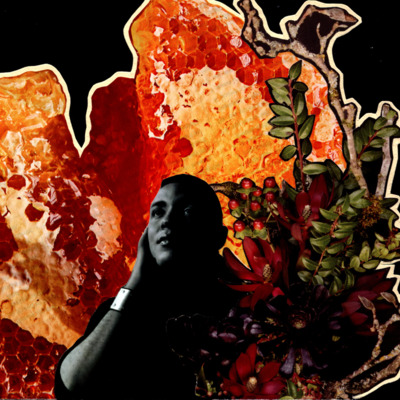 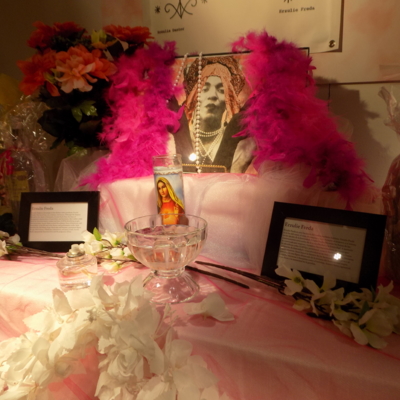 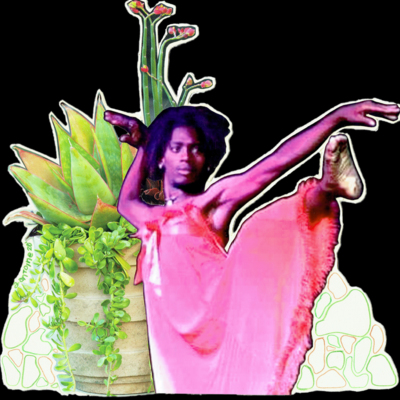 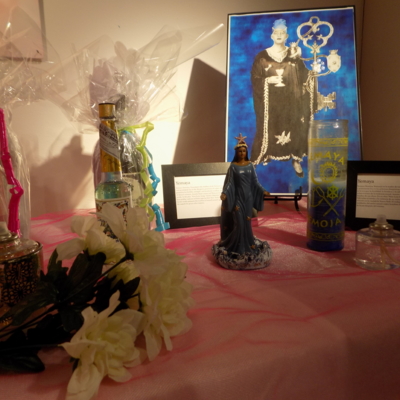 Assotto’s Child at the Altar is a traveling installation exploring the life and legacy of Haitian-American queer performance artist Assotto Saint.  Born Yves François Lubin (1957-1994) in Les Cayes, Haiti, the artist and LGBTQ activist changed his name to Assotto Saint, claiming the performative, spiritual, and political by combining the Vodou ceremonial drum, tambou assôto, with the name of the 19th-century Haitian Revolutionary Toussaint Louverture.

Inspired by this act of metamorphosis—becoming Assotto Saint—the installation recuperates and reimagines how gender and sexually fluid Haitians labor to preserve, contest and remake identities across generations, with grace and fortitude.

To simulate a Haitian Vodou rite of reclamation where practitioners resume communication with an ancestor and the realm of the Invisibles, Alexandra Antoine’s visual collages magnify and re-contextualize Saint’s embodiment and aesthetics, as well as a Vodou altar and a timeline of Saint’s life and accomplishments devised by Mario LaMothe.

These and other converging installation elements reflect upon how Haitians who live and thrive outside social norms exercise forms self-care and self-love which, for some Haitians, derail institutional gender and sexual codes of conduct. Like Assotto Saint’s art practice and activism, the exhibition asks: Who and what is holy and who gets to decide? What do we deem or declare holy or sacred?

Assotto’s Child at the Altar invites viewers to question how identity is formed, performed, and claimed as a political and spiritual affirmation of one’s journey.

To learn more about the evolving journey of this exhibit, read this interview with curator Mario LaMothe by Chicago-based writer Christina Nafziger.