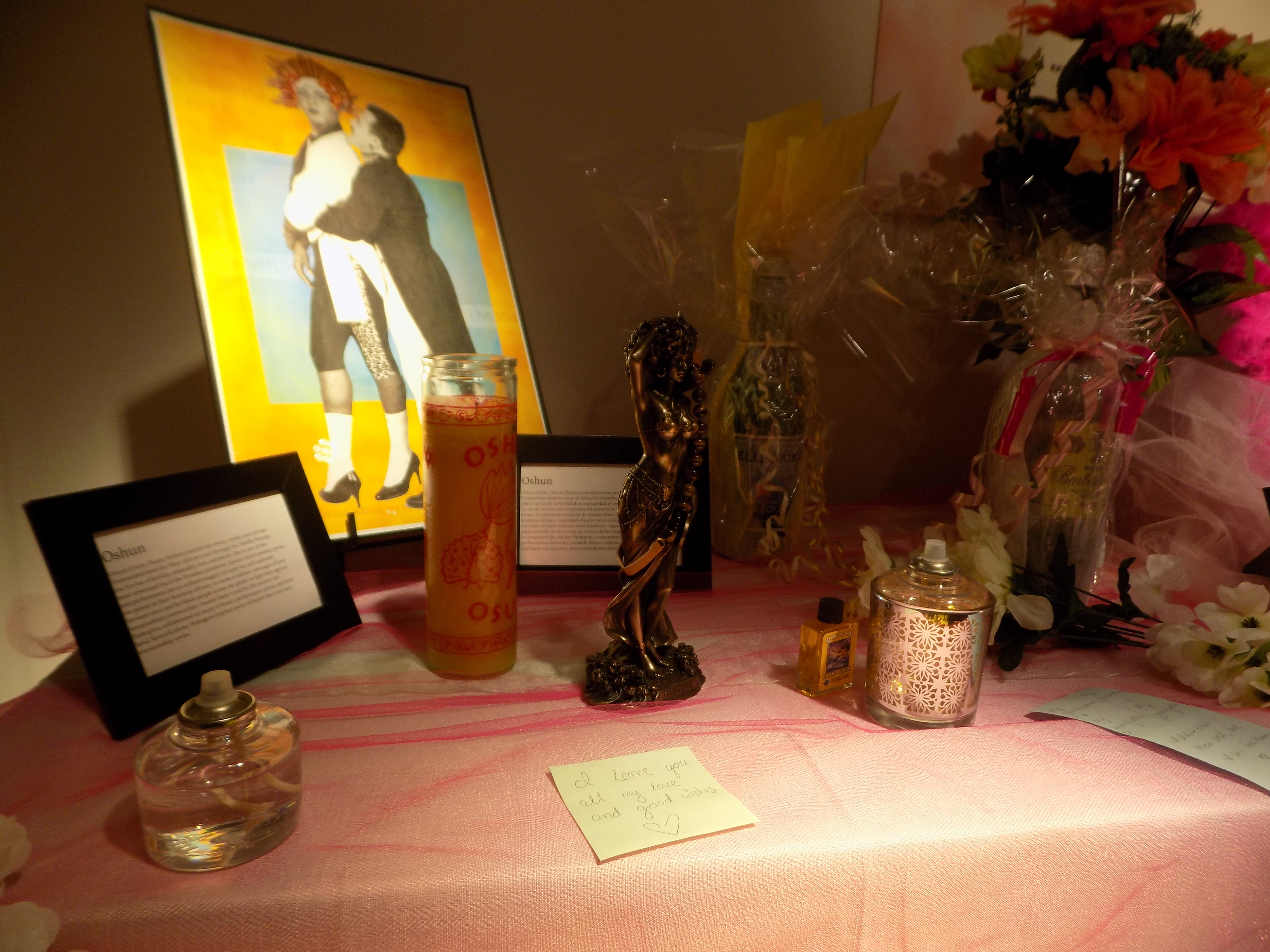 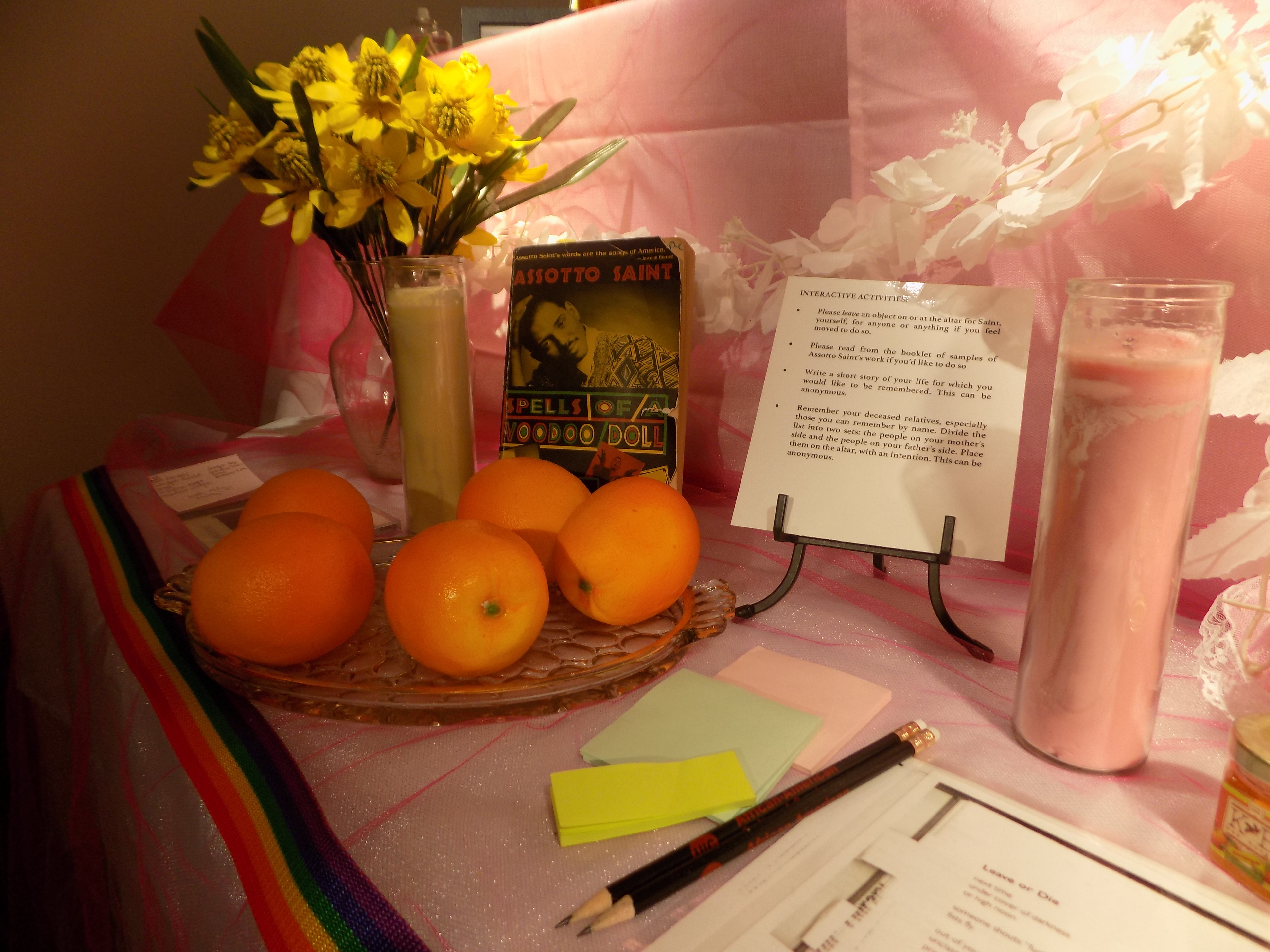 Oshun (Osun, Oxum, Ochun) controls the rivers, creeks, and springs. Transmitted from the West African coast through the Middle Passage, she is an Orisha of fertility, sensuality, love, and purity. She is one of the most venerated divinities of the Yorùba pantheon. Assotto Saint’s poems, prose, and performance pieces utilized imagery of water loa and captured the power in their feminine divinity to create a realistic message of love, between men and for black people across the globe, to fight hate against marginalized communities. Assotto Saint ’s and his life partner Jan Holmgren, collaborated on many of Saint’s performance pieces and their band Xotica/Galiens. Holmgren inspired many of Saint’s best and most transcending works. 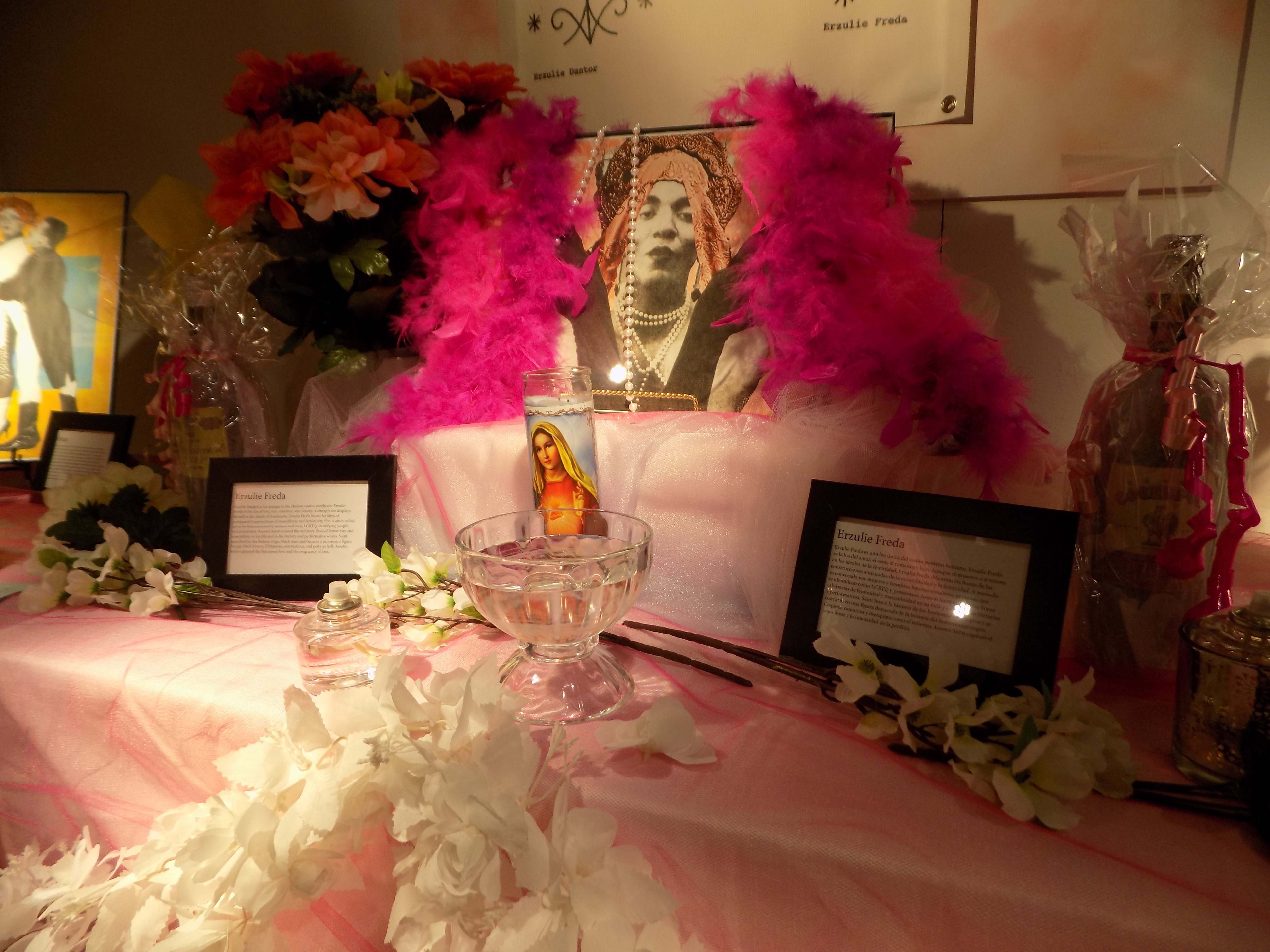 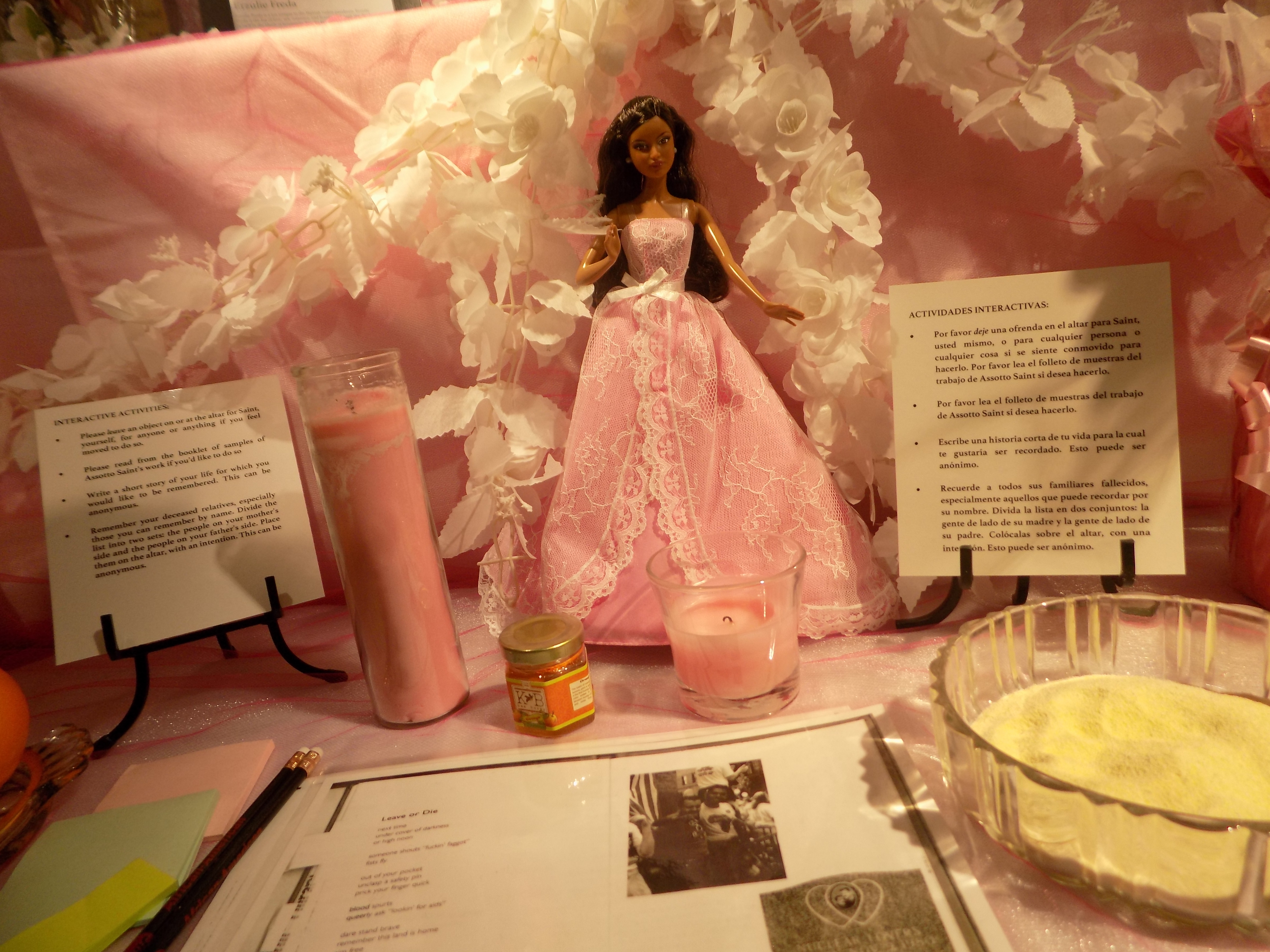 Erzulie Freda is a lwa (divinity) unique to the Haitian vodou pantheon. Erzulie Freda is the lwa of love, sex, abundance, and luxury. Although she displays herself in the ideals of femininity, Erzulie Freda blurs the lines of antiquated constructions of masculinity and femininity. She is often called upon by heteronormative women and men, LGBTQ identifying people, and prostitutes. Assotto Saint resisted the arbitrary lines of femininity and masculinity in his life and in his literary and performative works. Saint searched for the history of gay black men and became a prominent figure for gay black history. Flirtatious, ostentatious, and petty as hell, Assotto Saint captured the fierceness of love and the poignancy of loss. 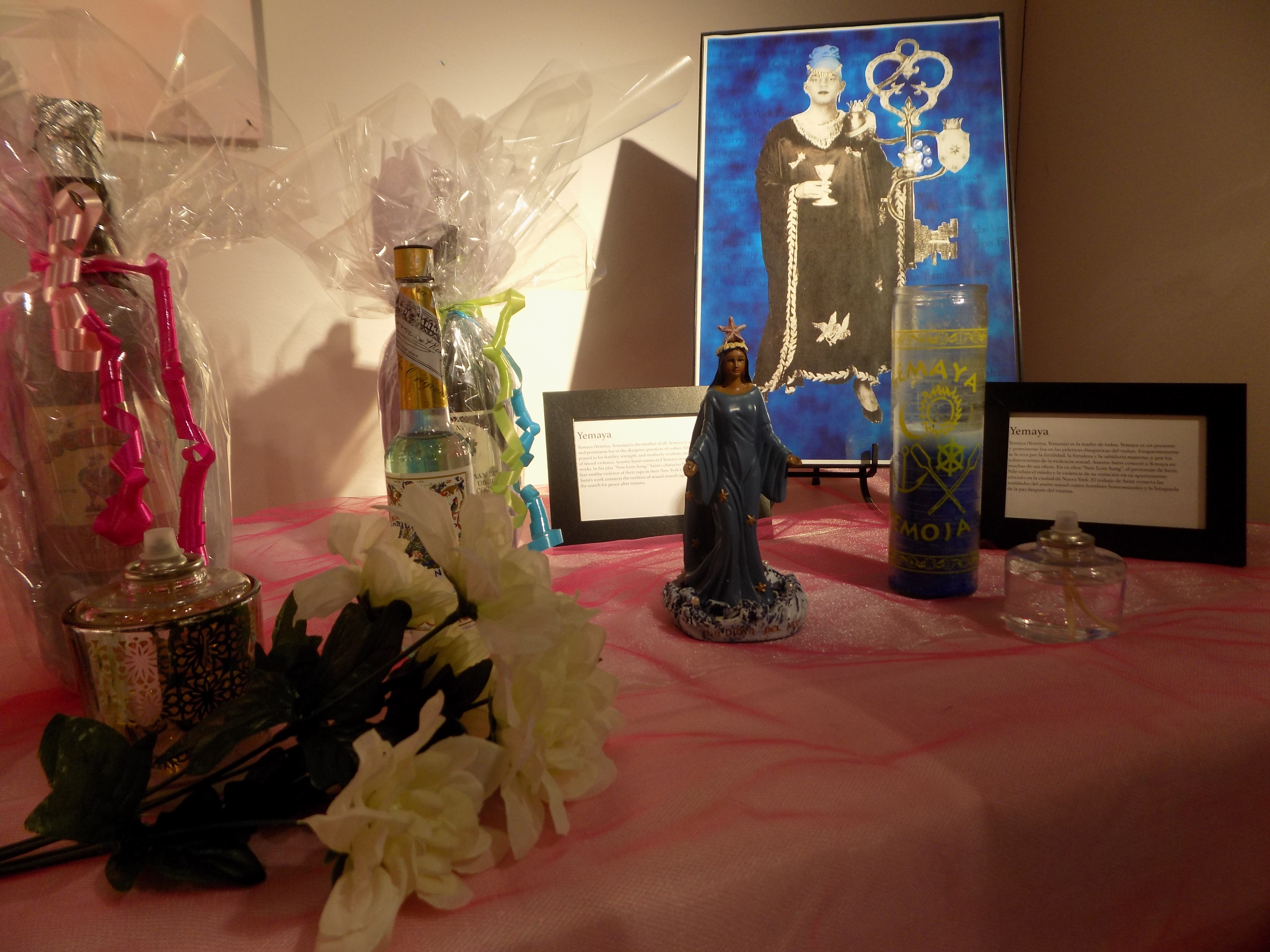 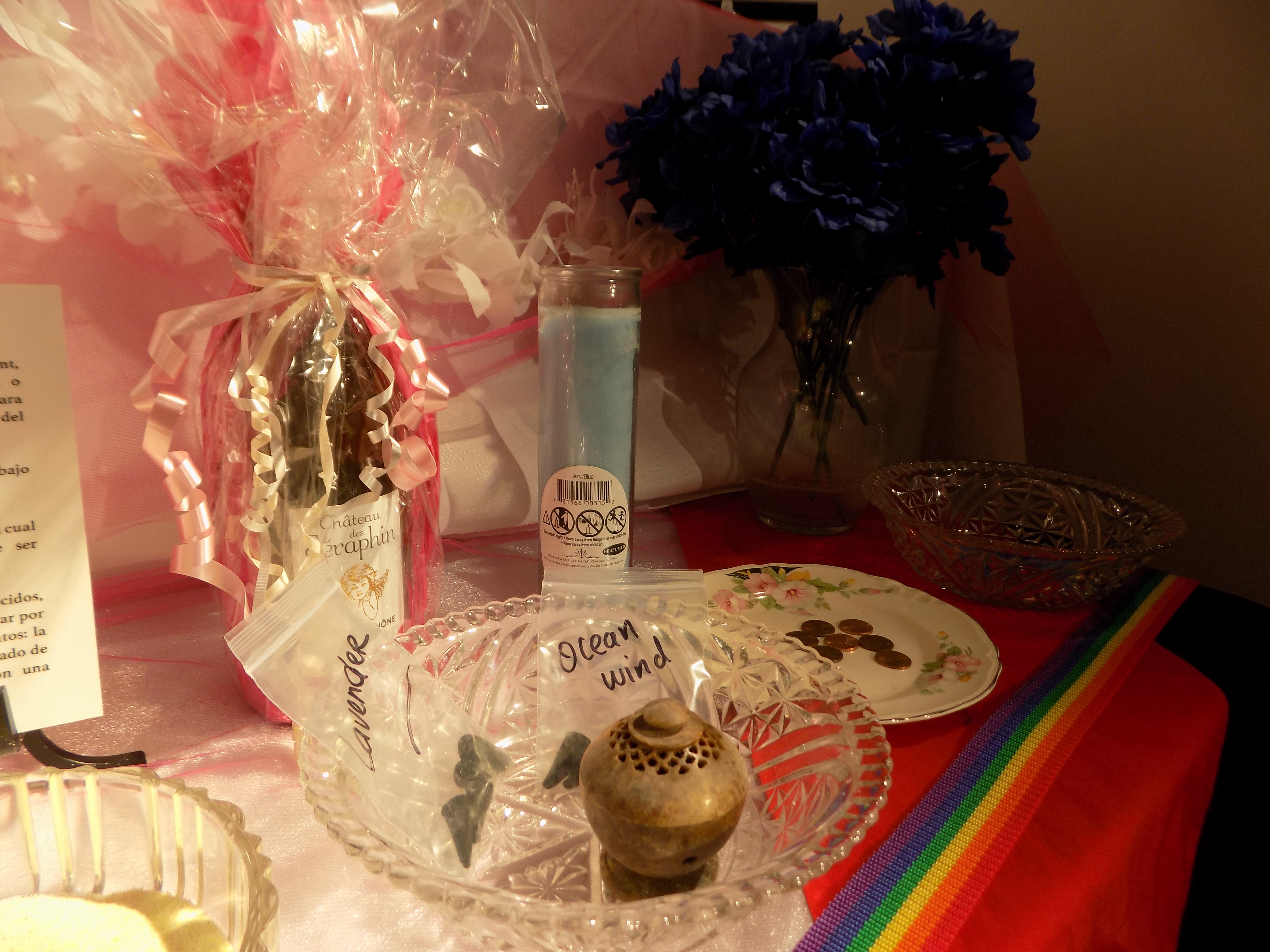 Yemaya (Yemôya, Yemanja) is the Orisha mother of all. Yemaya is a present and prominent Orisha in African-descended religious practices of Santeria and Candomblé. She is often prayed to for fertility, strength, and motherly wisdom, and by survivors of sexual violence. Assotto Saint named Yemaya in many of his works. In his play New Love Song, for instance, Saint’s character Nile recounts the fear and the violence of their rape in their New York City apartment. Saint’s work connects the realities of sexual assault against gay men and the search for peace after trauma.

← What is the purpose of an altar?
“Nou te wè ou e nap kontinye wè ou nan tout plenitid ou” (We Saw You and Continue to See You In All Your Fullness) →
Assotto's Altar