"So, the first time I went in Haiti was January, 2010 and that was right after I think we were down there within four days after the earthquake and that was a total immersion into disaster relief, which I had never done before. So, it was very chaotic. It was, just lots of trauma, just unorganized and just very difficult physically and emotionally and due to lack of equipment or lack of medication, so we had very, very frustrating moments.

Consequently, when I've gone back it was more organized. It wasn't for a specific disaster. And I would go, and it was more organized and we had specific surgeries that we would do or what not do. So, it was a lot more relaxed, again not disaster relief. So, that was probably better for me. I'm not sure how often I could personally go back and do earthquake help." 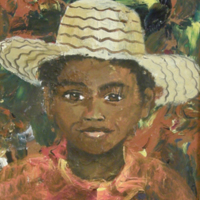